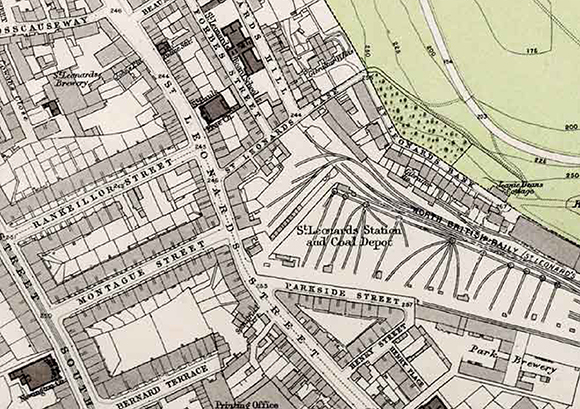 As our project for Edinburgh’s first new Single Malt Distillery in 90 years starts on site, Vivi Dailly explores the history of the site and whisky production in the city.

After a long period of maturation we are very pleased that our project for Holyrood Distillery is now on site. The project involves converting and extending a Victorian railway building in the centre of Edinburgh, into a new Visitor Experience and Single Malt Distillery.

Scotland’s capital has not been home to a Single Malt Distillery for over 90 years. While whisky tourism brings in close to £40 million a year to Scotland’s economy, much of this bypasses Edinburgh. Our project for Holyrood Distillery aims to bring this tradition back to the nation’s capital and offer people the chance to learn about and experience the distilling process.

In adapting the building for the next chapter of its life, we have particularly enjoyed looking back at two linked strands of history: the provenance of the building (and the key role it played in the industrialisation of the city), and the history of whisky distilling in Edinburgh.

Located on the fringes of Edinburgh’s Holyrood Park, the Category B Listed building, previously known as St Leonard’s Station, was the terminus of Edinburgh’s first railway- The Innocent Railway. This railway was opened in 1831 to transport much needed affordable coal into the capital from mines in Dalkeith. It is suggested that the Innocent Railway gained its name from the use of horses that were initially used to draw coal trucks into the city, rather than the modern, more dangerous new steam engines. The railway became a main artery for fuel for the modernising city and its dramatic industrialisation- one of these industries being distilling.

A significant number of breweries and distilleries developed in the local area in what became known as the ‘charmed circle’, where the hard waters underlying Holyrood, the Cowgate, the Grassmarket and Fountainbridge were found to be ideal for both brewing and distilling.

Glen Sciennes Distillery, one of Edinburgh’s most celebrated lost distilleries, was established in close proximity to our site in 1849, with its associated granaries and maltings buildings being located in St Leonards. This distillery was the last single malt distillery to operate in Edinburgh and was closed in 1925.

We have been very conscious of these braided strands of history when developing our proposals. Our approach has been to retain the historic external fabric of the listed structure whilst making considered alterations to the internal layout to adapt to the requirements of the distilling process and visitor experience. Where possible, the existing stone and cast iron columns, which give the building its robust industrial character, will remain exposed.

To announce the building’s new use, we have designed a new gatehouse extension which is clearly expressed as a fine modern metal and timber clad contemporary element which complements the rawer materiality of the existing stone, whilst taking reference from the additive dark timber structures which were appended to the main building in the 19th and early 20th century. This new extension will mark the entrance to the new Distillery and offer visitors a dramatic view to Salisbury Crags and the edge of Holyrood Park.

With its unique location and heritage, the Holyrood Distillery will provide public access to a piece of the city’s industrial heritage whilst creating a high quality visitor destination- what better place to experience a single malt? 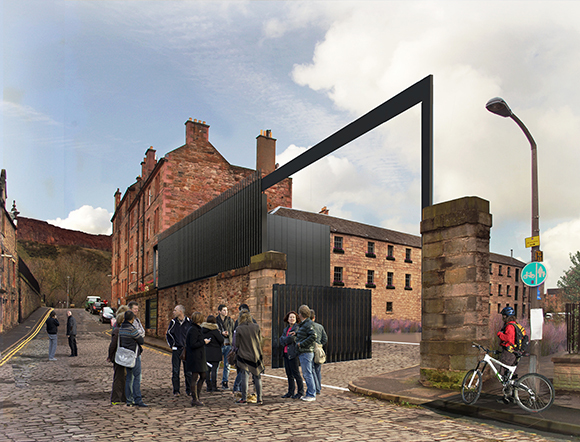 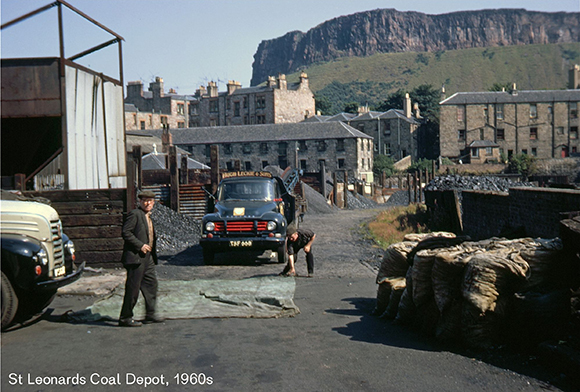 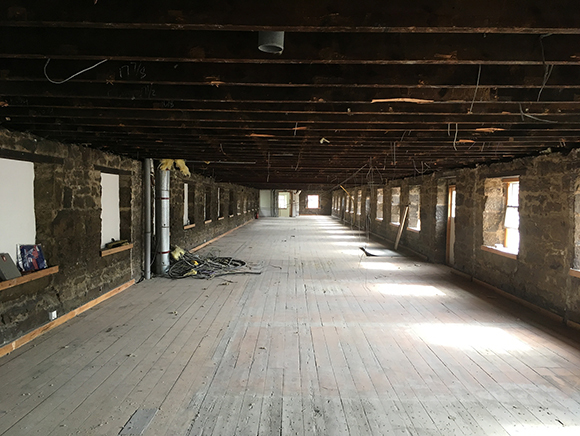 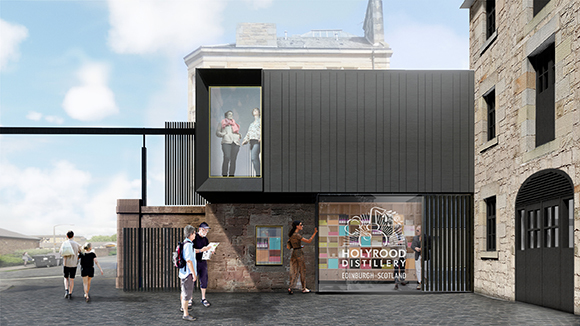