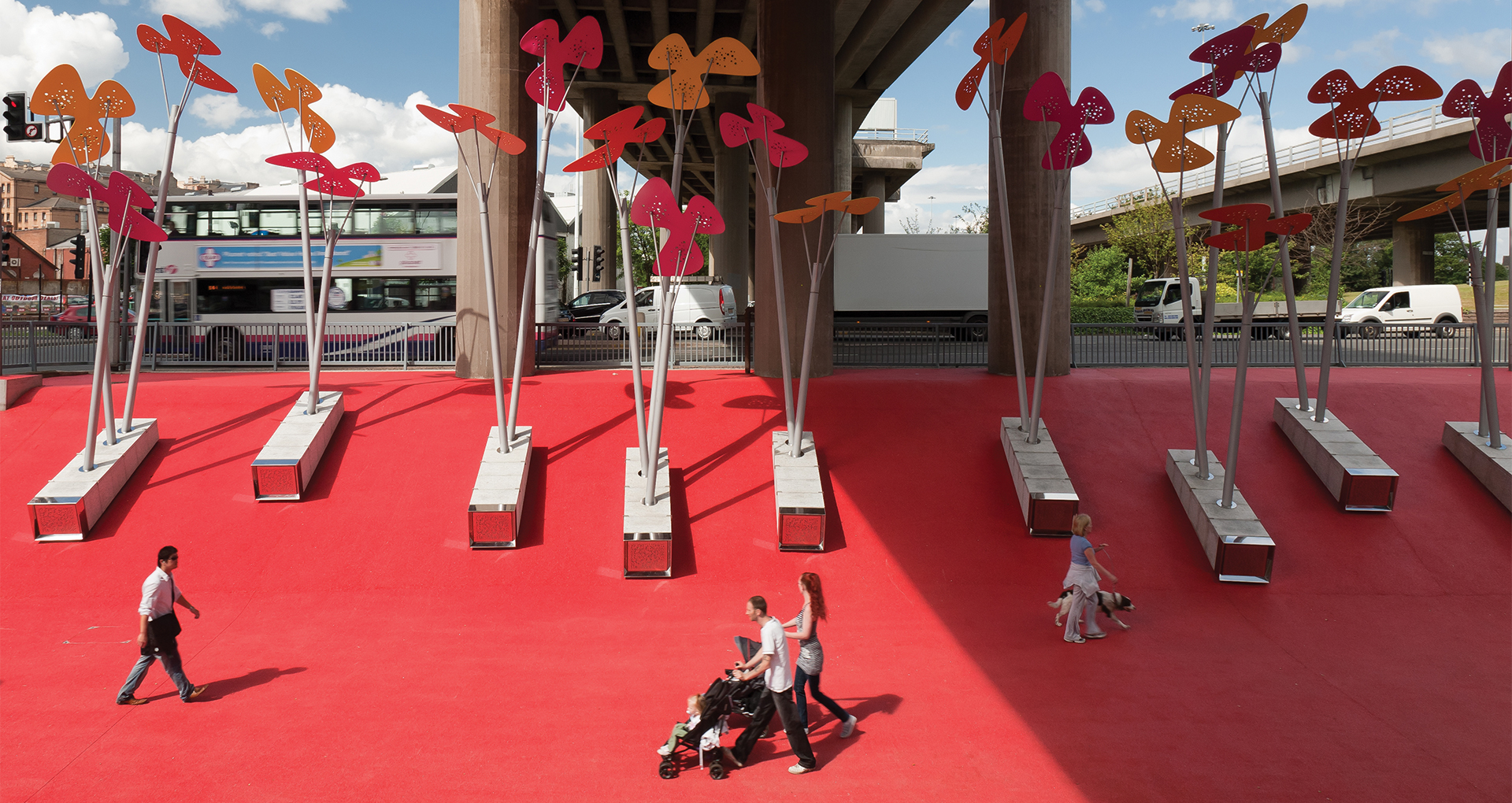 The construction of an elevated motorway in the 1960s severed crucial connections in Glasgow City Centre and left this site as a dark, intimidating underpass. The Phoenix Flowers project has transformed this inhospitable barrier into an appealing route to the wider area, radically revitalising the public realm. The single, confrontational route of the previous underpass was significantly widened to create a generous, flowing and unified space in an attractive red resin finish, reclaiming the space for pedestrians and cyclists. The route is marked by an illuminated ribbon of fifty colourful aluminium flowers which flutter through the space at height, creating a sense of movement and drawing visitors through the space. The site’s lower areas have been given a new visibility, with the flowers offering a joyful contrast to the previous underpass, which was dominated by the oppressive bulk of the motorway. The principles of connectivity and the pedestrian reclamation of hostile urban environments developed in this project subsequently informed much of the thinking behind 7N’s Strategy for Glasgow City Centre. 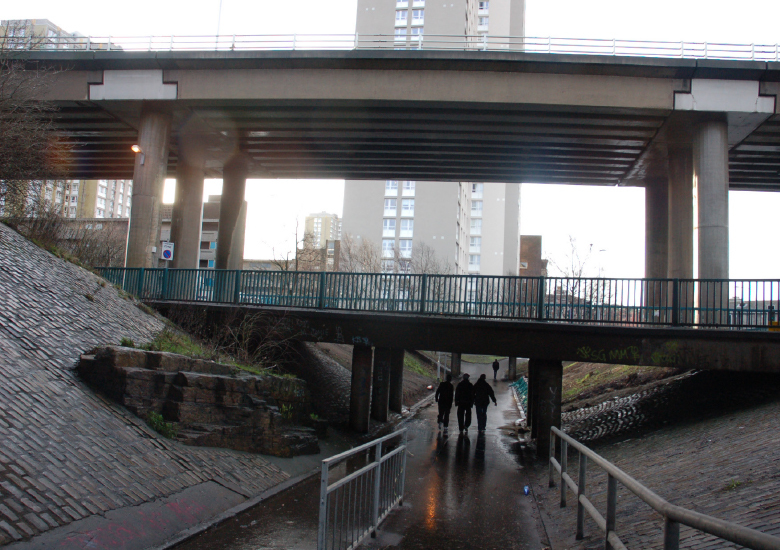 A nod to the past

The Garscube Link has been christened ‘The Phoenix Flowers’, a reference to the former Phoenix Park which once occupied the site before the construction of the motorway. 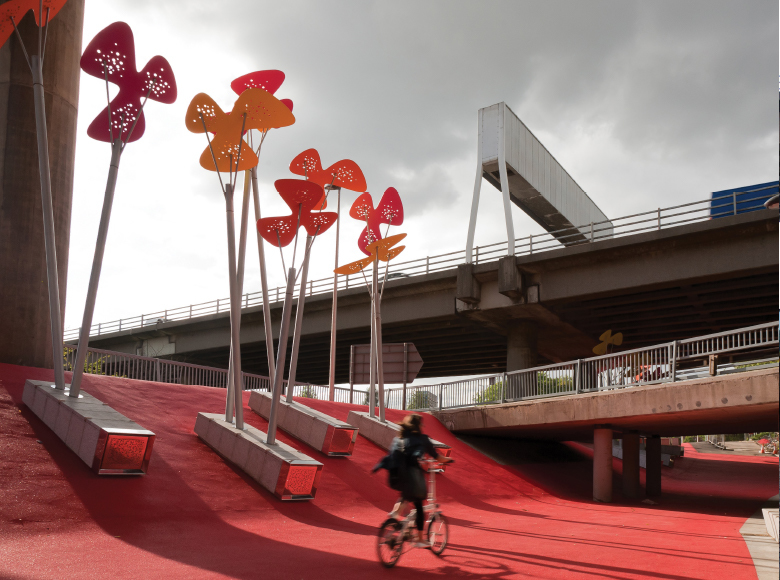 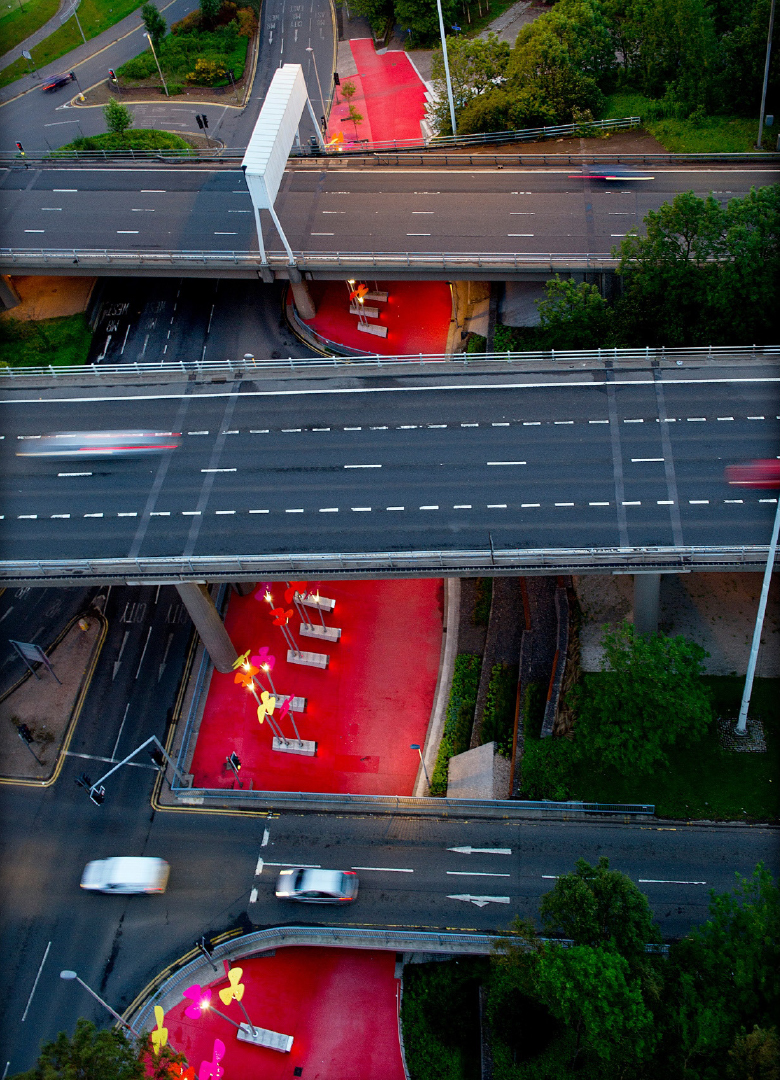 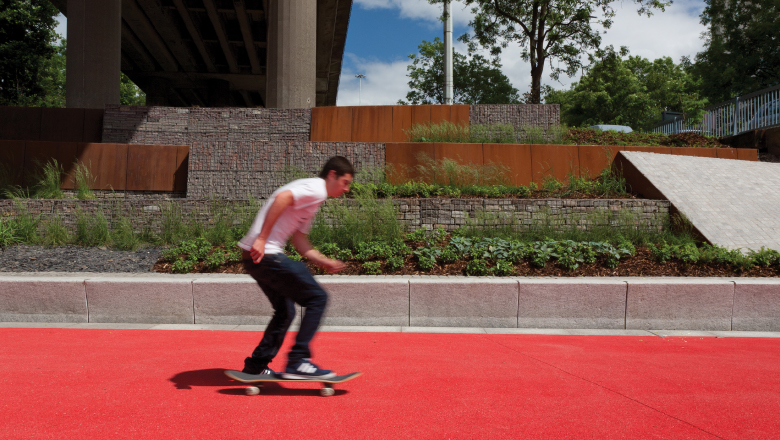 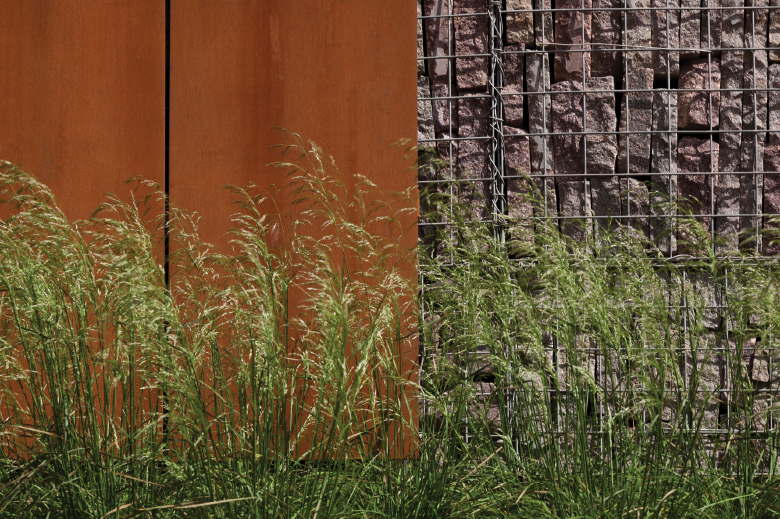